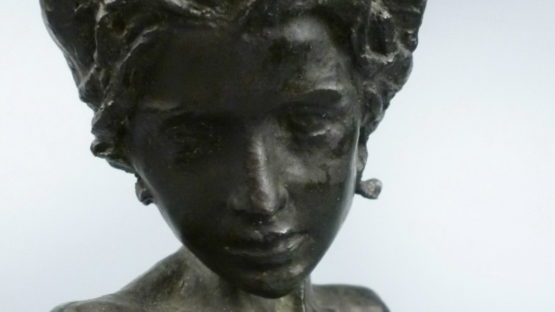 The son of a carpenter, Henri Bouchard was born in Dijon. He was educated at the Académie Julian and in the studio of Louis-Ernest Barrias before entering the École nationale supérieure des Beaux-Arts in Paris. He took the Prix de Rome in 1901. His attention turned away from models from antiquity, and towards peasants, everyday life, and ordinary workers. Bouchard himself became a professor at the Académie Julian in 1910.