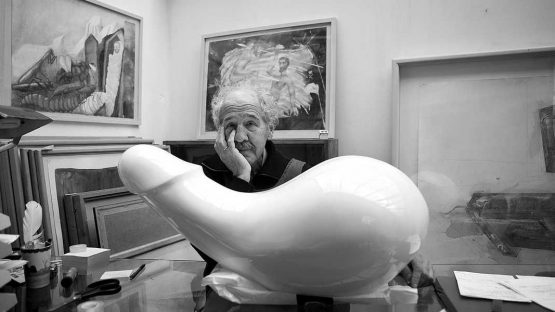 Herman Makkink was a Dutch sculptor, graphic artist, and illustrator whose two pieces were featured in Kubrick’s 1968 film A Clockwork Orange.

Featured image: Herman Makkink and his most famous work Rocking Machine which appeared prominently in the Stanley Kubrick film A Clockwork Orange – photo via wikipedia.com