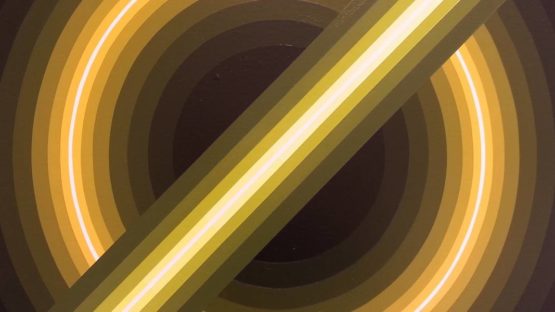 Horacio Garcia Rossi was an abstract painter from Argentina. In his early work, he explored the multiplication of a form while using only black, white, and gray color. In his later work, starting from the early 60s, he started inserting projection screens and lighting into his pieces.
Featured image: Horacio Garcia Rossi – Couleur Lumiere, 1981 – image via galerie21livorno.com