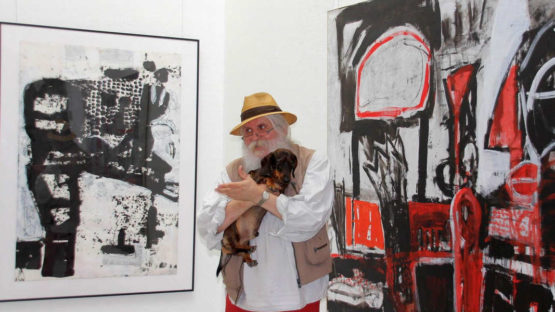 Horst Peter Meyer was born in July 1947 in Weimar. As early as 1963 he produced first etchings. He graduated from 1968 to 1973 at the Dresden University of Fine Arts. Meyer was a champion of Paul Michaelis, but also appeared as an author. Since 1973 he has enjoyed numerous exhibitions at home and abroad. His monographs and catalogs received much positive feedback.