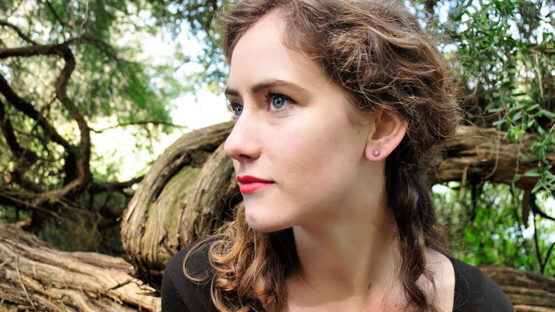 Jacqueline Sherlock Norheim is an emerging artist from the United States. Apart from her artistic creation, Jacqueline also works for various organizations and companies in the Bay Area, as an illustrator and designer.

The Loop from Jacqueline Norheim on Vimeo.

Norheim studied fine art and languages in Italy, at the Scuola Lorenzo di Medici in Florence in 2006. Upon her return to the United States, Jacqueline enrolled at California Polytechnic State University in San Luis Obispo in California. In 2008, she acquired a Bachelor of Fine Arts degree in Art and Design. Norheim is currently working on her Master’s thesis at Mills College in Oakland, California.

Through her work, Jacqueline tries to visually represent the natural world. Drawing from her personal connection with the landscape, the young artist strives towards producing a sensation of apparition. She achieves this by merging merging several mediums such as textiles, paint, photography and collage.

Norheim’s artworks were a part of Second Nature exhibition, a four-person show organized by Hashimoto Contemporary Gallery in San Francisco in 2015. The show also featured the works of Bessma Khalaf, Dan Swindel and Steuart Pittman. The common thing for all four artists is that they use their experience as material for their creations, which has become a “second nature” for them.

Norheim was the recipient of Art & Design Christopher Friar Scholarship Award in 2007, and California Polytechnic State University Renaissance Artist Award in 2008. She also received Jack and Gertrude Murphy Fellowship in 2015.