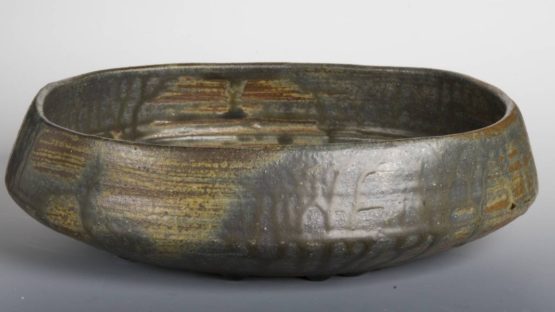 Janet Leach, born in 1918 in Texas, was an American sculptor and potter. After studying sculpture in New York, she went on to study ceramics. She met Bernard Leach, Shoji Hamada and Yanagi in 1952 while they were on a lecture tour, and Leach arranged for her to visit Japan to study with Hamada. She later lived and worked at the Tanso Ichino family pottery. In 1956 she came to the Leach Pottery and married Bernard Leach. The couple were able to repay the Ichino family’s hospitality by inviting Shigeyoshi Ichino to come to work with them at the Leach Pottery. Janet Leach remained at the Leach Pottery until her death in 1999.