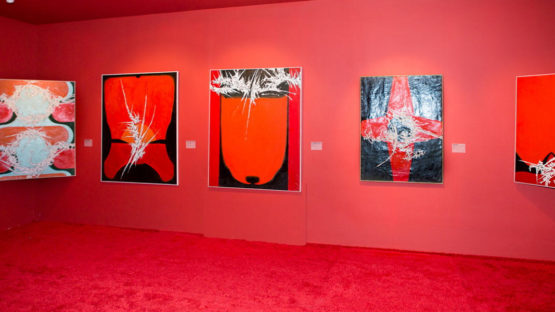 Jaroslav Serpan was one of the artists in the art scene of postwar France. At the end of the 1940’s, he became a member of André Breton’s surrealist group. In the early 1950’s, he began to explore creative possibilities of new forms of abstract painting along with Michel Tapié. Together with art theoretician Édouard Jaguer, he cofounded the Phases movement. His activities were not confined only to art; he also engaged in theoretical considerations and literary work.