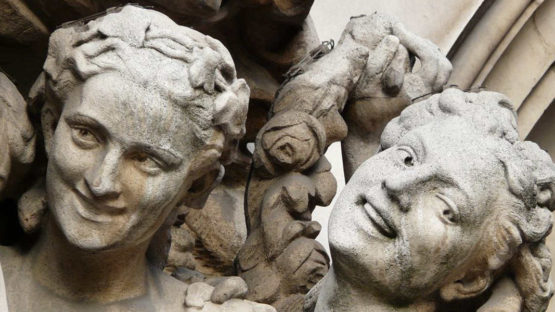 Jean-Baptiste Carpeaux was born in Valenciennes, Nord, son of a mason, his early studies were under François Rude.[1] Carpeaux entered the École des Beaux-Arts in 1844 and won the Prix de Rome in 1854, and moving to Rome to find inspiration, he there studied the works of Michelangelo, Donatello and Verrocchio. Staying in Rome from 1854 to 1861, he obtained a taste for movement and spontaneity, which he joined with the great principles of baroque art.