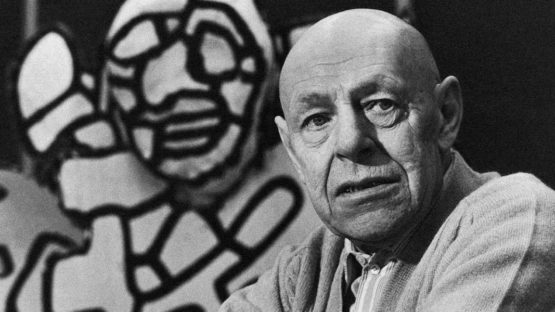 Jean Dubuffet was a French painter and sculptor who can easily be described as a true enemy of everything traditional and orthodox art history has in its arsenal. His visionary approach to aesthetics embraced so called low art and shunned conventional standards of beauty in favor of what he believed to be more authentic and humanistic visuals. After over twenty years of occasional attempts at becoming an artist, Dubuffet eventually formed Art Brut – a modern movement that wanted to prove simplistic life and thought contained more creativity and poetry than any academic form ever invented[1]. Jean enjoyed a prolific art career, both in Europe and over the Atlantic, and was featured in many exhibitions throughout his lifetime.

Jean Philippe Arthur Dubuffet was born in Le Havre during the 31st July in 1901. He became a part of a family of wholesale wine merchants, which basically meant Jean did not have to worry about any form of financial hardships as he was growing up. After the First World War ended, Dubuffet moved to Paris with goals of studying painting at the Académie Julian and satisfying his rebellious spirit. He started to be a part of an elite artistic circle, which provided him with opportunities to meet and spend time with the likes of Juan Gris, André Masson and Fernand Léger. However, Jean started to feel rather unsatisfied with the way his university was organized after attending classes for six months, so he decided to leave the Académie and study autonomously. This departure will prove to be a key moment of Debuffet’s mature career as it provided him with enough time and creative space to work on other interests, such as music, poetry and the study of ancient and modern languages, all of which will serve him good in the long run. Jean eventually strayed away from the artistic course and got married for the first time in 1925. He opened a small wine store in Paris and focused on expanding the family business. Dubuffet did start painting once again around the year of 1934 when he produced a series of portraits[2] in which he indicated some ignored vogues in art history. However, he stopped working on these projects during the early period of German occupation.

As the Europe was being eaten up by the WWII blight, Dubuffet decided to devote himself again to painting. He would mostly focus on subjects and topics taken from everyday life around him, such as ordinary people sitting in the metro or taking a stroll down the countryside. Jean showed tendencies of painting with strong, unbroken colors during these early days – this way, he was able to pay his respects to the Fauvism movement and Die Brücke (The Bridge) painters which he held in high regard. His aesthetic was starting to show an important note – Dubuffet oftentimes placed his subjects in cramped spaces with goals of causing psychological reactions of viewers, ideally aiming for the feeling of claustrophobia. This third attempt at becoming an artist proved to be a successful one and Jean held his first solo show in October 1944, at the Galerie Rene Drouin in Paris. After the end of WWII, Dubuffet was strongly influenced by the work of Jean Fautrier – trying to somehow emulate his paintings, Jean started to utilize opaque oil paint incorporated with materials such as mud, sand, coal dust, pebbles, pieces of glass, string, straw, plaster, gravel, cement and tar. This kind of neo avant-garde approach allowed him to completely break the bonds of traditional art and lessons of Académie Julian. Furthermore, it led him to the discovery of a substitution for the regular paint brush. Dubuffet created a paste into which he could create physical marks, such as cuts and slash marks – the best evidence what results Jean’s impasto technique had is the Hautes Pâtes (Thick Impastoes) series. In 1946, Dubuffet started a series of portraits which he painted in the same thick materials and in a manner carefully designed to be anti-psychological and anti-personal. This and his other lesser projects were crucified by the French critics and the public which accused Dubuffet of artistic anarchy.

Between the years of 1945 and 1947, Dubuffet took three separate trips to the French colony of Algeria seeking artistic inspiration. Fascinated by the local nomadic nature, Jean wanted to somehow channel that ephemeral quality of Algeria’s existence through his aesthetics. These experiences eventually led Dubuffet to form La Compagnie de l’art brut in Paris, during 1948, alongside friends and colleagues such as Jean Paulhan, Andre Breton, Charles Ratton, Michel Tapie and Henri-Pierre Roche. This newly formed association was dedicated identification, documentation, and presentation of Art Brut pieces. Jean contributed with his own iconic collection, often times referred to as a museum without walls, making his favorite works of Aloïse Corbaz and Adolf Wölfli available to the public. These works aimed at transcending national and ethnic boundaries, effectively breaking down barriers between nationalities and cultures whilst focusing on ancient and primitive expressiveness. The term Art Brut was coined by Dubuffet and it literally meant raw art or outsider art – it was aimed at promoting non-professional pieces[3] created outside any and all aesthetic norms. This made the artworks of psychiatric patients, prisoners and children the focal point of Art Brut – as well as imitations of such pieces. Dubuffet tried to explain these notorious claims through writing his Prospectus aux amateurs de tout genre, in which he stated that one of his goals was to search for an art form in which everyone could participate and by which everyone could be entertained. He also promoted the resourceful exploitation of unorthodox materials within the process of creating pieces. In 1962, Dubuffet developed his famous Hourloupe style, producing works in polystyrene which he then painted with vinyl paint. Several of these large sculptures are among his most widely-known works today. Staying true to Art Brut for the remainder of his life, all of the mature pictures and sculptures Jean made looked very primitive and childlike. He continued to paint and draw throughout his declining health, working in Paris until his death in 1985.

By forming the Art Brut movement, Jean Dubuffet wanted to promote anti-traditional norms by highlighting the visual aspects behind the works of children and psychologically impaired individuals

A Brave Pioneer of Art History

After everything is said and done, it appears that Jean Dubuffet dedicated his life to fighting against intellectual terrorism[4] – a term him and French writer Jean Paulhan used as the World War II was slowly coming to an end. His radical struggle against traditional norms, incorporation of unorthodox materials, uncompromising concentration on neglected and downtrodden artists – these are some of the most crucial alterations contemporary period has to offer. Ultimately, Dubuffet’s foray into the unconventional paved the way for numerous creative free-thinkers emerging from the second half of the 20th century.
This artist is represented by Allouche Gallery, Pace Gallery London, Pace Gallery Beijing, Pace Gallery Menlo Park, Pace Gallery Hong Kong and The Jane Kahan Gallery New York. 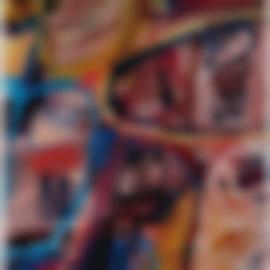 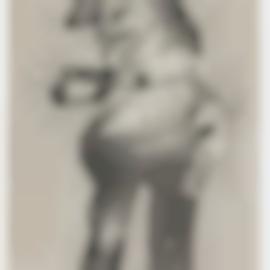 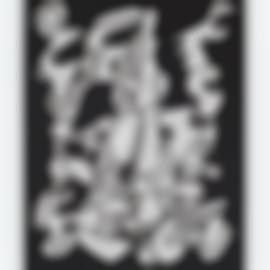 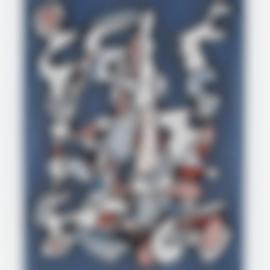 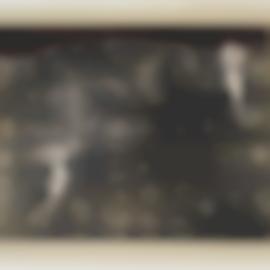 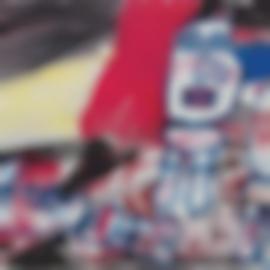 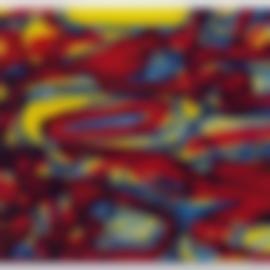 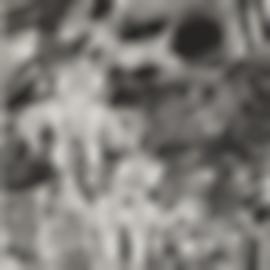 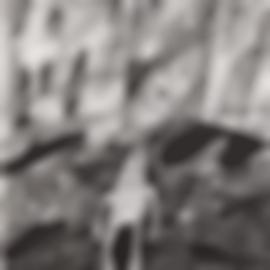