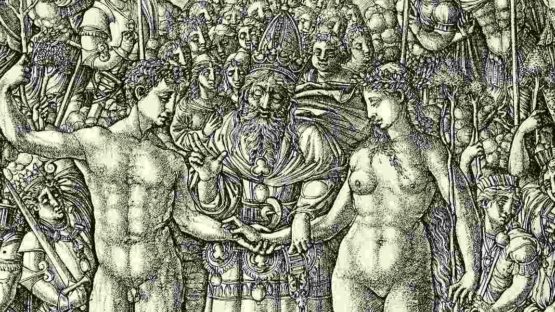 Jean Duvet, born in 1485 in Dijon, France, was a French Renaissance goldsmith and engraver, now best known for his engravings. He died in 1562. He was the first significant French printmaker. He produced about seventy-three known plates, that convey a highly personal style, often compared to that of William Blake, with very crowded compositions, a certain naive quality, and intense religious feeling.