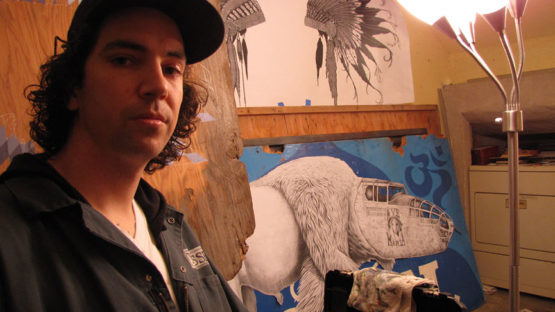 Jesse Hazelip is a visual artist known for his illustrations and prints that combines animals and motifs from WWII. He look at human nature, past and present, and choose topics that he feels need closer examination. He takes these subjects and create a visual dialogue in hopes to communicate with a wide variety of people.

Jesse Hazelip was born in 1977 in Cortez, Colorado amidst Navajo and Ute Nation territory. At the age of 13, he relocated to Santa Barbara, CA—a vastly different environment from that of his childhood. There, Hazelip became involved with graffiti. This led to him developing an aesthetic and technique that is woven into his artwork alongside the imagery and history of his native southwest.

His process starts at the drawing board, where Jesse painstakingly creates detailed drawings of buffalo and Great Blue Herons. He then uses gel medium transfer, or wheat paste, to enlarge these drawings and apply them to found wood while incorporating acrylic, watercolor, aerosol, ink, and even glitter. With this method, Jesse has used 10 images to produce dozens of fine art pieces and hundreds more in the street. These carefully selected creatures are loaded with symbolism, which Jesse explained.

Jesse graduated in 2007. and got his BFA at Art Center College of Design, Illustration and Printmaking. Although Jesse lacked confidence to apply for art school, with prime interest in alcohol and doing graffiti at the time, hew was encouraged by his friends to apply. Having been surrounded by extremely talented people, Jesse realized how much it would take to succeed in doing what he thinks he can do best. Linked to that he says “I learned that if I wanted to keep my head above water I had to sacrifice my comfort and abandon my bad habits.” But, besides the stimulating competition, skills and discipline of Art Center was invaluable experience for him. As for the most artist, Jesse found formal education to be little to constraining and one leading him in direction where felt a bit lost. He needed time to decompress and reevaluate his path as an artist.

Introduced to printmaking and layer based approach, Jesse was thrilled with new skills and the way it can be used to create his artwork. Some of his most famous works evolve around motifs from WWII in a collection called “Sentimental Journey”. Talking about collection Jesse states: “Sentimental Journey is actually about life and the decisions we make throughout. There are remnants from the past that include death, and we should reflect upon them. But I’m hoping that people come out of this thinking about how we can learn from our mistakes and make this journey more pleasant. We only have a short time in our lives to be active and make a difference. I think we should focus our energy collectively to make this short existence meaningful.” One of the latest is collection titled  “Love Lock: Cycle of Violence” where he  built a site-specific installation out of plexiglass, replicating a jail cell using the measurements of a solitary confinement unit. Jesse Hazelip acquired three very bold tattoos on his eyebrows and the back of his forearms and head. Each of these tattoos corresponds with his exhibition that will explore themes of injustices within US legal system and underlying corruption in the prison industrial complex.

Besides solo project, Jesse collaborated with National Forest Design and with Mishka NYC.

Lives and works in Brooklyn, NY. 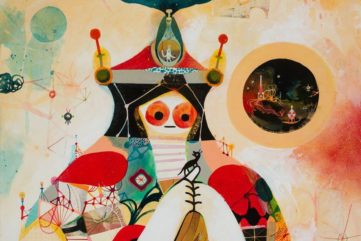 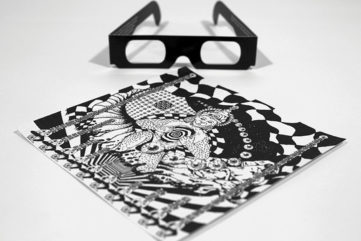 It is certainly a fruitful year when it comes to the number of cool prints that came to life and knocked on our door. We’ve wrote about Pejac’s Heavy Sea, John Thoughborough’s Lore, and those are just some of them that are worth mentioning. 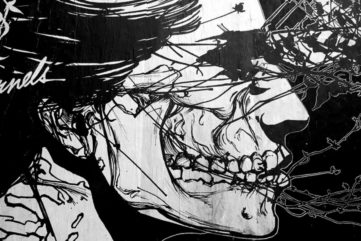 Highlight exhibitions next week are: Eric Lacan in Paris at Openspace; Etam Cru at Galeria Varsi in Rome; Futura at the Shanghai branch of Magda Danysz Gallery; Jesse Hazelip at Known Gallery; and Cope2 in Hamburg. 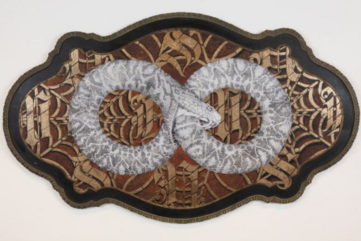 Jesse Hazelip and the Mark of Cain

The artistic practice of Jesse Hazelip is essentially rooted in resistance. Through an eclectic body of work this artist protests against mistreatment of prisoners in American jails, whereas his expression might even be considered controversial by some. 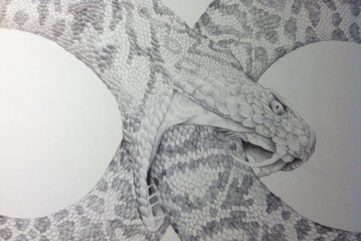 Love Lock: The Cycle of Violence

Jesse Hazelip, is having his first solo exhibition in New York titled Love Lock: The Cycle of Violence at Jonathan LeVine Gallery. The opening is scheduled for January 11, and the show will run through February 18, 2014. 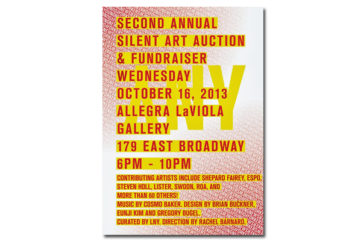