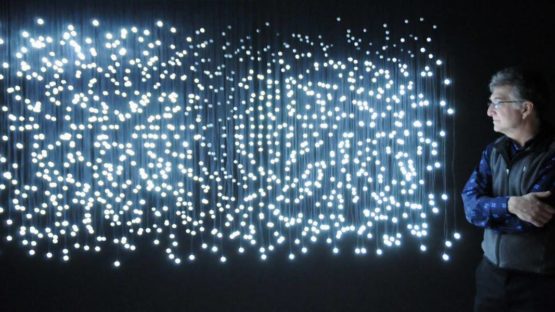 Jim Campbell is a contemporary San Francisco based artist who is known for his LED light works. Campbell began his artistic career in film making but switched to electronic sculpture in 1990 and started making his iconic LED matrix works in 2000. His current work combines film, sound, and LED light installations.