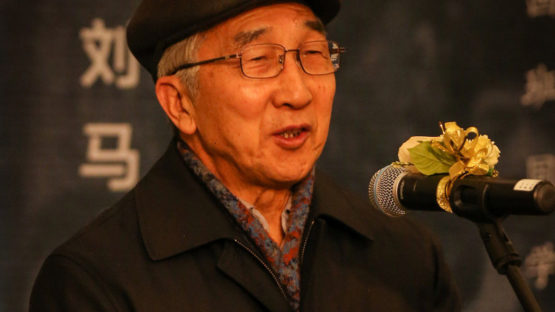 Jin Shangyi, born in 1934, in Jiaozuo, Henan province, is one of representatives of China’s contemporary oil painting artists, known for his works of revolutionary and historical subjects. In 1953 Jin graduated from the Painting Department at the Central Academy of Fine Arts and continued his post-graduate study. In 1955 he went to Soviet and entered into the oil painting training class held by the former Soviet Union artist Maksimov.

Over decades of his artistic career, Jin has depicted a series of representative figures in Chinese realities. Since China reopened its door to the world in the late 1970s, Jin has visited numerous museums in Europe and North America and studied origin and development of European oil painting, particularly classic oil works since the Renaissance. He learned the technical nature of Western bright-and-dark design system as well as cultural essence of Western oil art. As a result, he rebuilt his artistic goals both in form and in spiritual value.

Neoclassicism represented by his oil style has had extensive impact on Chinese fine arts circle as well as the whole society. The subject of humanity represents Jin’s artistic style. Reserved facial expressions, elegant tones and serene images corresponded to cultural psychology and social ideal for humanity and beauty in the early 1980s. When realism was marginalized in Chinese painting circle, Jin did not simply safeguard it but revamp its value by exploring humanity. In the 21st century, his paintings have shown a new change, featuring lively lines and bright colors. This change reflects his consistent pursuit of depicting realistic life. Jin is closely linked to the development of Chinese fine arts in the past half century.

Fifty years of diligent exploration and pursuit has made him an art practitioner and academic guide in Chinese oil circle. His masterpieces such as Ascending Peak Mushitago, Seeing Off, Our Friends are All Over the World, The December Meeting and The Long March have become the representative work of Chinese contemporary oil paintings.