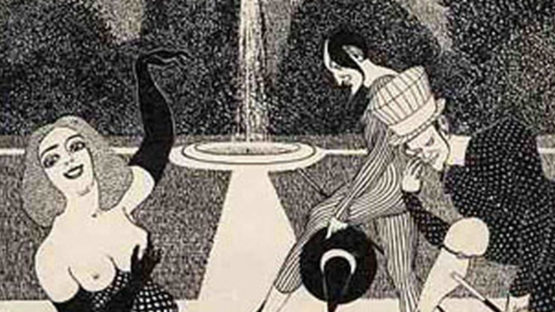 John Jack Vrieslander aka Hans Zarth was born in 1879. His aesthetics is similar to Aubrey Beardsley. As Beardsley imitations go these drawings could be better—they lack Aubrey’s natural sense of balance and composition—but they’re of interest for leaning so heavily on the style of the later illustrations which favor elegant gardens and meticulously rendered foliage. Vrieslander’s later drawings and etchings evolved to a more Pointillist style.