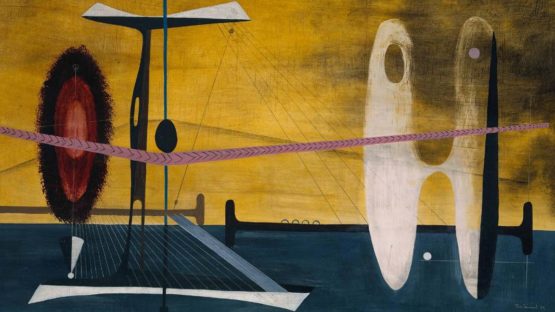 John Samuel Tunnard was an English Modernist designer and painter. He began painting abstract works influenced by the styles of Joan Miró and Paul Klee, and further embraced British surrealism on reading Herbert Read’s Surrealism. His works featured architectural and biomorphic forms combined with elements of constructivism. In his Self Portrait, now in the National Portrait Gallery in London, the artist depicts himself alongside an oversized insect. In later life he became interested in space travel and entomology, when he depicted satellites and moonscapes in his paintings. Interest in his work diminished after his death in 1971.