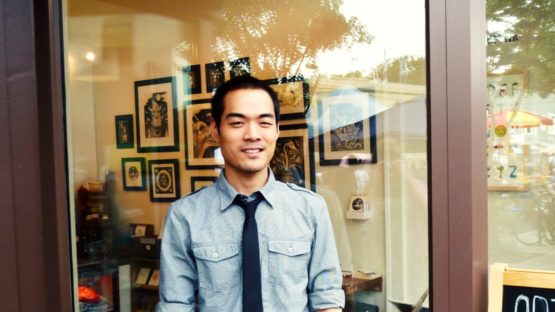 Jon MacNair was born in South Korea and grew up in the suburbs of Southeast Michigan, where he developed an early love of drawing.

He attended the Maryland Institute College of art in Baltimore, where he earned a BFA in illustration, graduating in 2005. Since then, his illustration work has been featured in various editorial publications across the U.S., as well as used for apparel and package design.

When not illustrating, MacNair can be found participating in many group shows around the country and abroad.  has exhibited in cities such as Los Angeles, New York, Seattle, San Francisco and Glasgow. In 2012 he moved from Michigan to Portland where he continues to participate in group shows and meet many artists he has long admired.

MacNair is an active member of the Honeycomb Art Collective (based out of Buenos Aires and New York) and has participated in many projects and exhibitions with them as well.