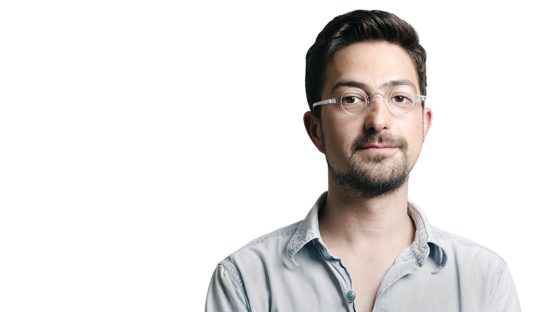 Jorge Tellaeche is one of Mexico’s most prominent young artists whose biotic line work and vibrant pastel colors consists of a combustible, lively interpretation of dreamlike disorderly landscapes.

Jorge started his career at age 15 with an exhibition at Sony Art Walk in San Diego, California. Later, he entered the school of painting in Luxembourg. Returning to Mexico, studying Graphic Design in Tijuana and opened an advertising agency where he is Director of Art. At the same time, he developed his painting and exhibited his work in galleries.

Jorge has come to embody the emergence of the art and culture scene of the capital city. He was fortunate to be able to study in San Diego for several years, but even though, he never forgot his Mexican roots. In matter of fact, he took his Mexican-American roots and created a bridge between them. He calls himself “Pochito” because he still mixes both languages and enjoys to feeling in both of them. During the last four years Jorge has developed several projects in painting, graphic design and fashion.
He is the kind of artist that isn’t afraid to experiment with new things; as a graphic designer he discovered his passion working with different people in the art scene. Even though he enjoys expressing himself in all kinds of visual arts, he decided to focus on painting, because that’s what he loves most;

“I like the challenge of changing the direction of my work when I get too comfortable doing, what I am doing.”

The work of Jorge Tellaeche is an extension of his emotions; part of a personal concern so loud inside himself, with a need to move and gets ready to be captured on canvas. Social responsibility has been an important part of the work of Jorge for several years now. He has collaborated and donated works for organizations of various social causes like No Hat, Live Art, Bear Fredo, Rebecca de Alba Foundation and movement Go On My Mind that seeks to end child malnutrition in Mexico.