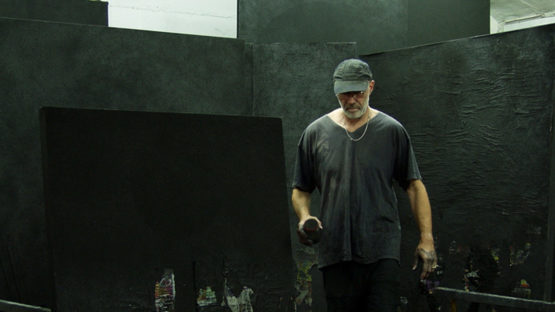 Jurgen Waller began studying at the Kunstakademie in Düsseldorf in 1959. From 1960 to 1968 he stayed in Vallauris, Varreddes and Paris, starting in 1968 in Berlin. Jürgen Waller was a member of the Deutscher Künstlerbund. Between 1972 and 1987 Waller participated in a total of ten DKB annual exhibitions. [1] In 1972 he co-founded the group aspect. In 1976, he was appointed professor at the Bremen University of the Arts. In 1989, he was elected Rector of the Hochschule für Künste Bremen. 1994 and 1999 followed reelection to the rector.

Featured image: Jurgen Waller in his studio – image courtesy of the artist