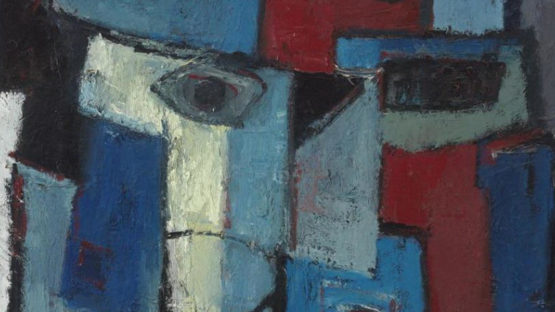 Karel Bleijenberg was student of Joop Kropff at the Royal Dutch Academy of Fine Arts in The Hague. Bleijenberg’s Cobra*-esque paintings are perhaps most emblematic of his oeuvre although his compositional structures are testimony of his thoughtfulness. The painter shows grit, as he set vivid impasto colours against somber ones, creating an intriguing depth to an otherwise flat picture plane. By deconstructing the familiar world near abstract scenes are produced that frequently feature curious faces, some obvious, others simplified or almost hidden.