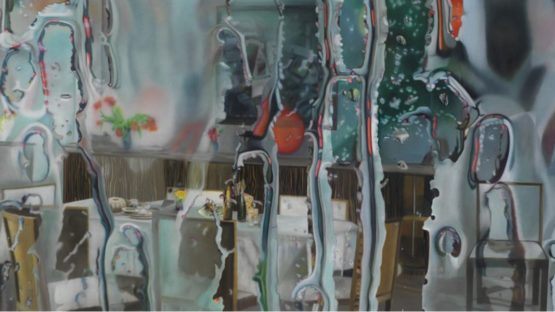 Karin Kneffel is a German artist who developed her multilayered pictorial quality that situates her canvas as the limits of a vividly realized painted world.