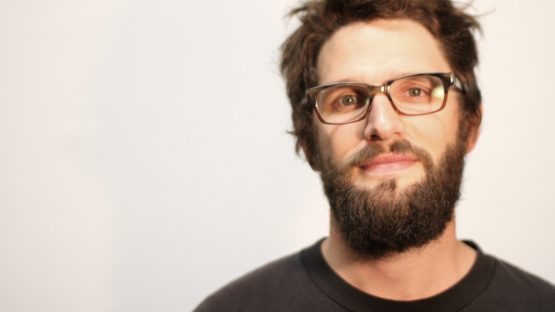 Kyle Hughes-Odgers is an Australian visual artist, illustrator and painter. Working in many various mediums, he manages to tell his stories and creates a world inhibited by charming, easily-recognizable characters.

Born in 1981, he grew up obsessed with drawing and painting, with a desire to study fine art or illustration after school. Disappointed after not being accepted into any courses, he started making art on the street. Eventually, that led him to working as a full-time artist.

Hugh-Odgers combines abstract and figurative elements in his work. He has a passion for folklore, texture and authenticity, which is clearly reflected through his interest in narrative and handmade objects. Ideas of life, death and survival are recurring themes, as well as a fascination with repetition and the use of small tragicomic figures.

For over a decade he has exhibited and created artwork throughout Australia and internationally – New York, Washington DC, Los Angeles, London, Hong Kong, Singapore, Berlin and Cambodia. His work is held in numerous private and public art collections. His work has been featured in various publications such as Street Art New York, Street Art Melbourne, Kingbrown magazine and widely online through artist features and interviews.

Branching into children’s literature Hughes-Odgers illustrated his first book Ten Tiny Things, written by Meg McKinlay, published through Fremantle Arts Press, and the two of them won the 2013 SCBWI Crystal Kite Award for Australia/New Zealand for the children’s book. His latest picture book, On a Small Island, was published in October 2014 by Fremantle Press.