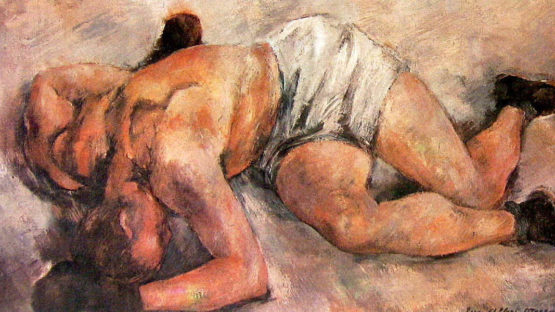 Luc-Albert Moreau joined the Julian Academy in 1905 and attended the workshop of Jean-Paul Laurens, where he became acquainted with André Dunoyer de Segonzac. Two years later, he joined the Palette Academy on the side of the Montparnasse district: besides Dunoyer de Segonzac, he was then close to Jean-Louis Boussingault, and the trio went on holiday in Saint-Tropez during the summer 1908 and painted together.