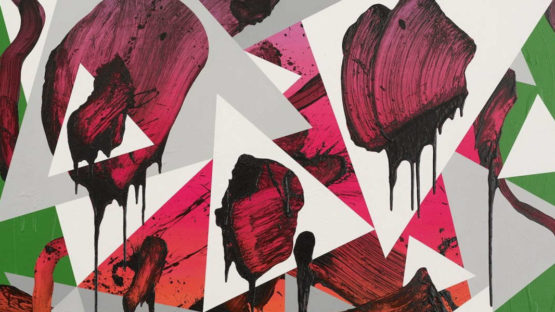 Luke Rudolf’s portraits are not immediately obvious. What at first may appear to be abstract paintings that bring together sweeping brush marks and hard edge geometry, slowly reveal the suggestion of a face. In making his work, Rudolf draws from the traditions of modernism, where initially abstraction was an act of reducing an image down to an unrecognisable form. Rudolf’s process engages with this idea in reverse, bringing together expressive gestures and angular shapes so that they hover on the point of recognition.