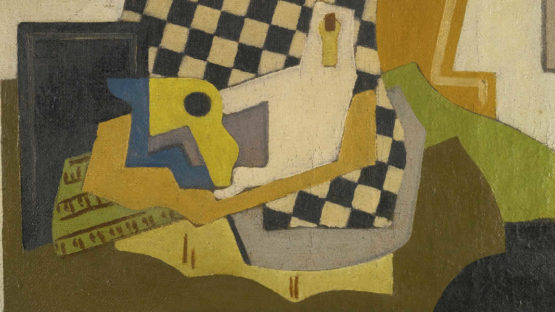 Mainie Jellett was an Irish painter whose Decoration (1923) was among the first abstract paintings shown in Ireland when it was exhibited at the Society of Dublin Painters Group Show in 1923. A deeply committed Christian, her paintings, though strictly non-representational, often have religious titles and often resemble icons in tone and palette.