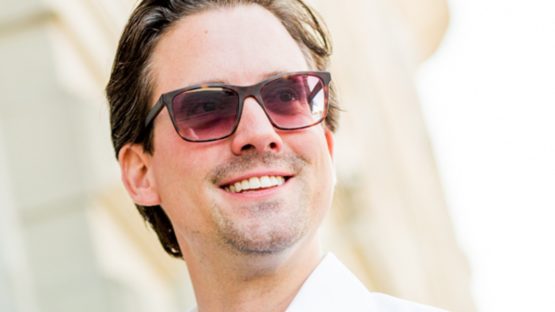 Mark Bern is a Swiss artist who dedicated last twenty years of his life to exploring the boundaries and potentials of the methodology behind digital image processing. Always obsessed with pixels and their influence on modern life, this artist showed great ability to pay homage to this most basic digital element without which today’s technology would be a remote possibility at best. True beginnings of Bern’s existence within the world of digital art can be traced to his early teens when Mark started manipulating images on his very first computer – the legendary Commodore 64. And whilst other children played Super Mario, Donkey Kong or operated highly pixelated aircraft on this 8-bit home computer, Bern explored his creativity and dedicated his spare time to broadening his creative horizons.

Before focusing on art one hundred percent of the time, Bern was an entrepreneur who founded and exited several successful web companies. However, he never stopped creating his digital pieces. The rugged look of pixels Commodore 64 was able to offer became Mark’s trademark and this hasn’t changed to this day – Bern’s artworks still resemble his early work. He utilizes several digital processes on a regular basis in order to create abstract forms of pixelated pictures. Due to intense visuals, Mark’s art has often been described as a modern homage to strong shapes of the late synthetic cubism. It’s interesting that many critics and pundits had trouble with bestowing Mark’s work a proper title that would honor his strong conceptual note – some called it Abstract Pixelism whilst some went as far as calling it New Cubism. Ultimately, what you call his style falls far second to understanding it – Bern explains it as a reflection of the perspective from which he observed the world in a digital fashion. Mark recalled his fascination with the pixel element which was the main component of his creative side for as far back as he can remember with the following: If you look into the world, you notice everything is a pixel. Now we don’t see it with great technology, like smartphones and LED screens, but to me, the simple pixel, the square at the end is still the basis of everything in the world.[1] On the 21st of February in the year of 2017, Mark Bern will open a solo exhibition at the Fritz86 Art Space. This exhibition will undoubtedly prove to be a true milestone of the author’s career as it will showcase some of his most fantastic futuristic pixel pieces.

An interesting fact is that Mark Bern kept his creative endeavors a secret for over two decades, sharing his pieces with only a chosen few. He was a complete anonymous to the scene until the year of 2013 when his first public art collection Marbella was released and raised a storm within the art community. Since then, Bern took his rightful place and his work finally started getting the due respect and attention it deserved for the past two decades. Before we end, it should also be noted that Mark’s career took a bit of a turn in the year of 2014 when his output evolved into 3D printed pixel art sculptures.

Featured image: Mark Bern – Photo of the artist – Image courtesy of Mark Bern
All images used for illustrative purposes only. 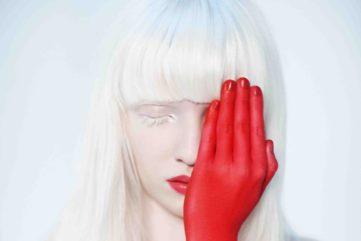