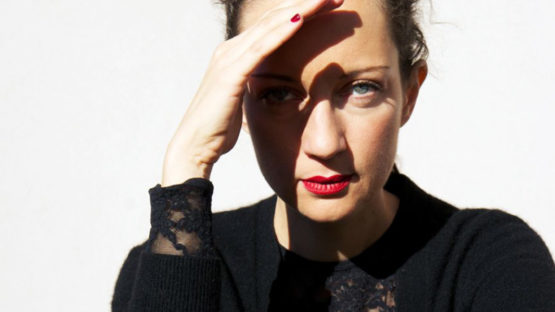 Marta Jovanovic is an upcoming conceptual artist from Serbia. Throughout her multimedia works, Marta Jovanovic constructs scenarios in which she interrogates identity, beauty and sexuality.

Marta was born in capital of Serbia, Belgrade in 1978. She received Bachelor of Arts degree from Tulane University in 2001 after attending Scuola Lorenzo de Medici, in Florence. In the cradle of Renaissance, she mastered the Italian language, literature and belle arti. The florentine experience had an immense impact on the young artist sharpening her sense of aesthetics and classical canons that continue to influence her entire ouvre. Provocatory works of Marta Jovanovic have been exhibited in Europe and the United States, in collaboration with eminent curators and artists.

Whether through performance, drawing or photography, her interdisciplinary practice provokes a reconsideration of the dictates of culture and the construction of sexual identity. Appropriating the instantly recognizable characteristics of fashion mediums, her works reveal the limitations of the traditional canon of beauty while drawing attention to the fluidity of gender. Her performances, videos and photographs are an invitation to disregard conventional notions of beauty and embrace a more democratic vision of representation, free from all constraints.

Along the numerous solo exhibitions and performances, both in her native Serbia and abroad, she participated in several Bienalle’s and her pieces are a part of significant private collections. Marta is also a recipient of the “Roma Capitale” award for her artistic achievements in Italy in 2012. Two years ago she was a part of 55th Venice Bienalle as part of series of lectures about performance art titled“Venice Agendas”, series which also included lectures from some of the most impressive artists and curators from the world of the performance art.

Jovanovic lives and works between London, New York and Rome.