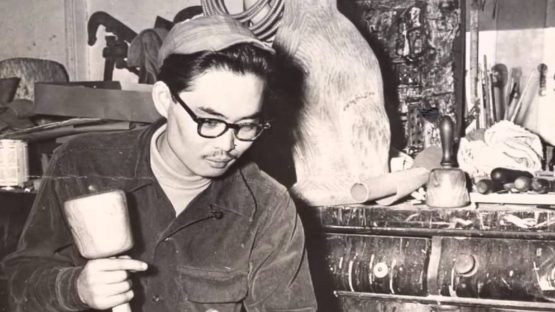 Best known for his non-objective patintings, Matsumi Kanemitsu was a Japanese-American who belonged to the second-generation abstract expressionist.

Featured image: Mike Kanemitsu in his studio, photo via youtube.com