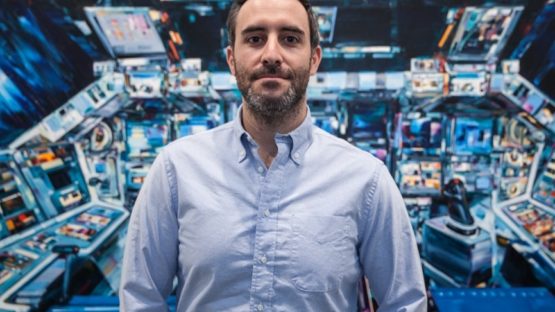 Michael Kagan is a New York based artist whose paintings are heroic explorations of the balance between abstract and representational painting. Similar to space, Michael’s work depicts intensity in the light resulting in almost a cinematic quality. Through his work, the connection between painting and space travel, Michael is making a visual record of a place that is far away, yet in our calm and chaotic lives, relatable to all viewers.

Michael  Kagan , born in 1980 in Virginia Beac, has attended George Washington University where he majored in Painting and Art History. Upon graduation he moved to New York City to attend the New York Academy of Art to further study painting and receive his MFA. He was awarded the prestigious post-graduate fellowship at the New York Academy of Art, which allowed Michael to focus on a large number of paintings for his first show in New York City.

Michael has been exploring paintings with light and explosions through single images. Even though his foundation comes from a representational painting background, in his more recent work he has taken an abstract direction to enhance the strength of painting as a medium, focusing more on the brushwork, exploring new painting techniques and ways to apply paint, speaking with color to talk about light, still holding on to representations.

As an artist, Michael has become fascinated with the connection between painting and space travel. Space images have opened up new outlets for him to expand size and painting technique, brush work, and abstraction in his most recent work. Through his work, Michael has constantly been looking to create a tension and anxiety between abstraction and representational painting. The iconic images of astronauts and their hardware in space become the vehicle to express this tension. Michael’s paintings are not documentations of space flight, but of abstract interpretation. In these pieces of work, the paint strokes communicate space with its beautiful calmness and contradicting fast, powerful, chaotic senses of unknowingness. Thick, fast, and, at times, chaotic overlapping brush strokes cross and interweave violently throughout the canvas.

Kagan has done multiple collaborations with Pharrell Williams and Mr. Williams’ company, Billionaire Boys Club. He has also created a series of commissions based on the archives from The Smithsonian. Most recently, his artwork was used as the cover of the White Lies’ album, “Big TV”. The album cover was listed on multiple lists of the top covers of the year and won the top prize of Best Art Vinyl of 2013.