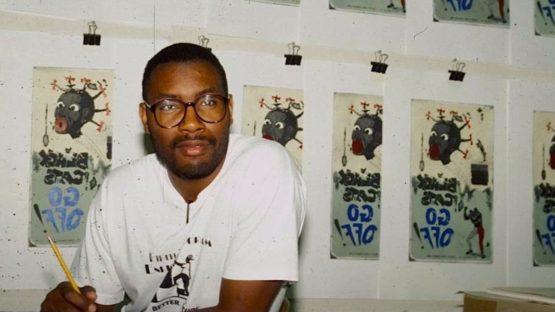 Michael Ray Charles is an African-American painter, whose work is an investigation into the legacy of historic racial stereotypes of African Americans. Hailing from Lafayette, Louisiana, the artist employs Black caricatures and stereotypes such as the Sambo, Aunt Jemima, grinning pickaninnies, and Uncle Tom, to comment on contemporary racial attitudes.