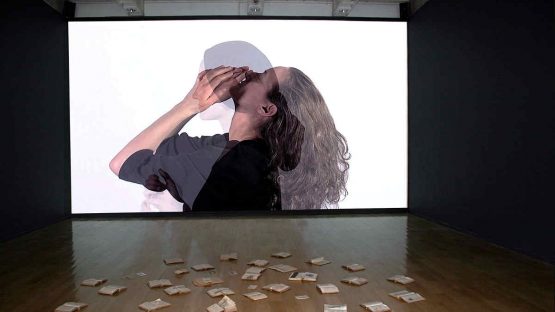 Monika Weiss is a Polish artist who works in a wide range of media including video, film, sound, drawing, sculpture, installation, and performance art.