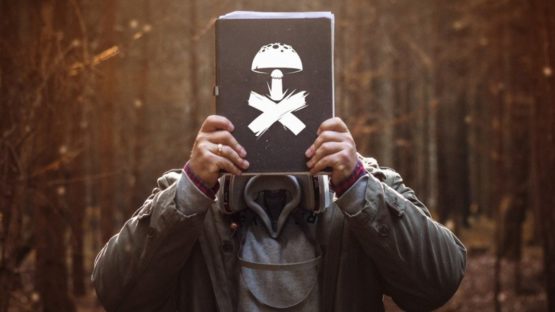 Mr. Woodland is a German street artist, graphic designer and illustrator, known for his large-scale murals filled with vividly colored figures and animal characters, always telling a story or a scene. In addition to his wall pieces, he owns a graphic design studio called Toxic Playground, specialised in typographic logo design and illustrations. Mr.Woodland lives and works in Munich. 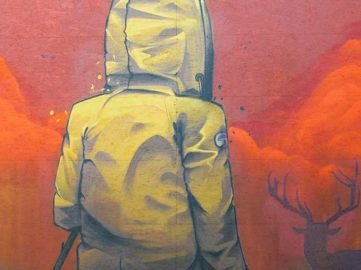 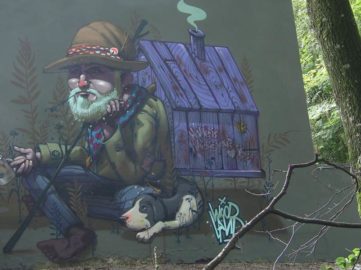 Home is Where Your Heart is 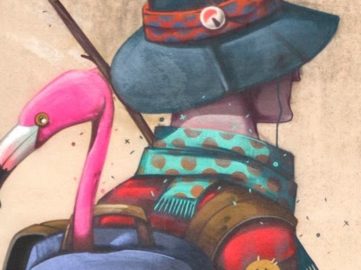 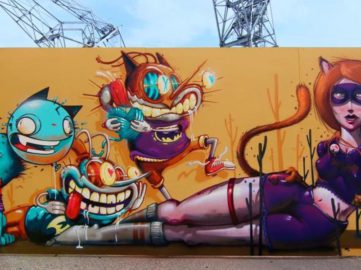 Catwoman and Her Admirer