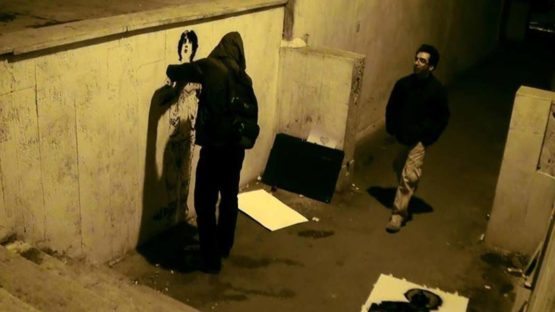 Nafir is a self-taught Iranian artist born in Tehran whose works are influenced by traditional Iranian art and culture. He found his moniker in one of his school books from an Iranian poem (Molavi poet) that means scream.

He saw a graffiti piece on the street of Tehran in 2007 that attracted him and he started tagging on the streets all over the city. At first, everybody thought it’s a political writing and they still think the same because people’s memories are still influenced by Iran revolution in 1979.

Nafir paints mostly before sleeping or when he is feeling angry about problems he is dealing with, and need to express himself.

“Sometimes it’s my own feeling about myself that I paint on walls, sometime it’s a bad news or accident that happened here like acid attacks in Isfahan.” But most of the time Nafir draws inspiration from the streets and he always feels that he needs to give something back.

He didn’t have problems with law while painting on the streets, but according to Nafir working as a graffiti artist is harder than other people think.

His future plans are to travel all around his country and paint till he dies.