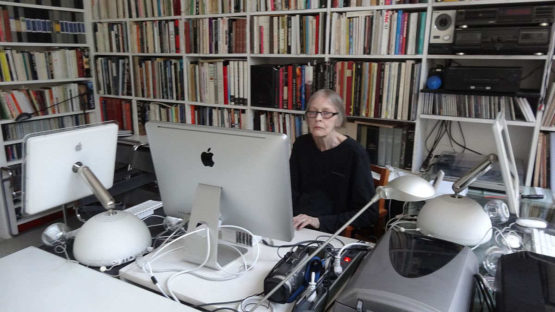 Nancy Wilson-Pajic was born in Peru, Indiana in 1941. Studied art, literature and psychology in Indiana and graduated from Cooper Union, New York in 1972 with a BFA. Wilson-Pajic began her work in new media in the middle of the 60s in New York, installing taped texts “In Situ” in everyday environments, and recording her performance works. When, in 1973, she was invited to participate in a performance series at Artists Space in New York, she installed taped texts dealing with such issues as art world celebrity (Limelight) and women’s daily lives (Visiting Hour), which created a polemic in the art world because of their form as well as their contents.