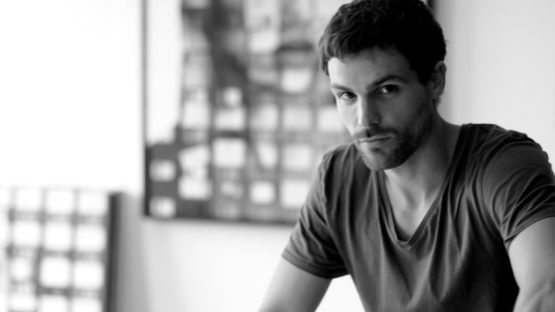 In the work of Nick Gentry the critique of consumerism, especially from the technological standpoint, represents the focal agenda. Therefore, the artist employs recycling as a starting working method in order to construct his peculiar compositions. A conversation between digital and analog processes, as well as the topics of identity and cyber culture, seems to be the central themes around which Gentry lead the general narrative behind his work. As a matter of fact, the haunting and eerie images are raising serious philosophical questions about the meaning of (human) life in the digital era where the distance between the man and the machine with each day seems to fade more and more.

From Trouble Maker to a Successful Graduate

Nicholas James Gentry was born in London, in London in 1980. He grew up in St Albans, a nearby town and attended Parmiter’s School in Garston and was almost expelled due to his troubling behavior. Later on, Gentry studied Sculpture in GCSE and at Ridge Street Art School and The University of Hertfordshire. The artist applied for Liverpool College of Art, but was refused and one year later his application was successful and he started attending the college. Gentry went on to become a successful graduate from Central Saint Martins in London in 2006.

The Peculiar Technique of Nick Gentry

Gentry is a collector of old floppy discs which are being donated to him for production. The artist starts from the selection of labels on the discs which are suggesting what kind of information is stored on them. During the process, Gentry focuses on recycling obsolete media and the reuse of personal objects. Each floppy disk has a history of its own and represents the transformation of the modern life cycle, where objects are created, used and disposed of quicker than ever. Since these personal artifacts of life are cast aside and forgotten, they are given new life and a renewed purpose. So by employing discarded material, the artist documents historical media which once had a crucial role in modern technology and has outlasted its purpose.

The use of obsolete technological materials

The Dreams of Androids

In his portraits and installations, the human form is the means to explore the medium, not a subject in itself. Apparent fascination with the futuristic and cybernetic narrative makes the art of Nick Gentry focused on the relationship of the humans to both man-made world and reality. That is related with the notions of life and death in regards to constant technological development. The human figure becomes a hybrid respectively cyborg, a bettered entity made out of human and machine. Yet, it seems as if those cyborgs got stuck in the void. The monochrome surface behind them undermines that actually (technological) consumerism implies nothingness and desperate attempt of adaptation.

The artist’s floppy disc paintings present a series of Generation X portraits on canvases. They are made from used computer disks, with a metal hub which serves as the subject’s deeply un-humanlike eye. The handwritten labels are just an addition to his haunting renderings, together with the disks’ original blue, black, or gray color. These series represent Gentry’s first venture into what has been called the social art. At the same time archaeological and evocative, the series turns form and function inside out. The whole idea of representing new and upgraded species reflects the real necessity of political and social transformation in order of achieving humanity betterment.

The feeling of nostalgia aimed to provoke

Again contributed entirely by members of the public, Gentry’s series of portraits made from used film negatives and X-rays call attention to a collective identity that has both emotional and biological perspectives. The selection process of negative is tone-based. Gentry layers the film to create the contrast and shape of the faces. The darker tones were made using X-rays, which can be seen in the hair section of the images, which are back lit with LED.

The bold and soulful faces of Nick Gentry

In 2015 Gentry was contacted by the Barbican Centre in London for commissioned work in order to raise funds for Cancer Research UK and to help complete the construction of the Francis Crick Institute. All along with the artists and designers including Ai Weiwei and Zaha Hadid, Gentry realized the work inspired by the structure of Nucleic acid double helix. Interestingly, in his early years, Gentry allegedly did several street art interventions. Along with street art stars such as Banksy, Shepard Fairey, Blek le Rat, he is regarded as a part of London urban scene.

Before galleries started representing him, Gentry had a habit of leaving paintings in the streets, so that any passers-by could pick it up as a gift. The artist has been making a name for himself internationally by being featured in galleries and cities throughout the world since 2009. From that point, every year the number of group and solo exhibitions was only increasing. He has exhibited in the UK, USA, and many other cities worldwide. Finally, well-thought art practice of Nick Gentry is not only dealing with the exploration of how humankind is integrating with technology and critique of consumerist society, moreover, it questions the very evolution and the destiny of humans in accordance with the increasing exploitation of the natural resources in favor of technology.

Featured image: Portrait of Nick Gentry
All images used are courtesy of the artist