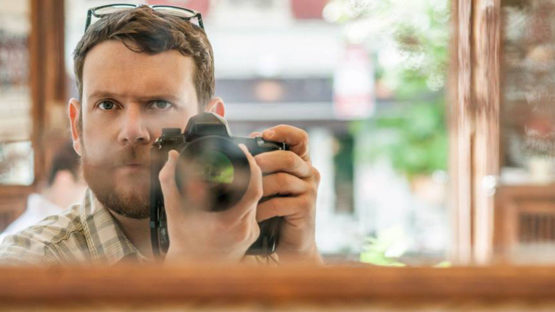 Noah Fecks is a professional travel, food and dining photographer residing in Brooklyn, New York City. Born in 1974, in Queens, NY, Fecks began his career as the pesky photographer for the student newspaper at Mattituck High School, on the North Fork of Long Island. Earning a BFA in Photography from Parsons School of Design, he learned traditional film photography and incorporates that sensibility and classical training into his current work.

Fecks and his friend Paul Wagtouicz have recently authored their first book  The Way We Ate: 100 Chefs Celebrate a Century at the American Table, published by Simon & Schuster. A cookbook winds through the history of the 20th century with some of the most recognizable names in food and dining, such as Jacques Pepin, Gael Greene and Anita Lo.

Presently Fecks is thrilled and elated to be teaching photography and history to students at International Culinary Center, Pratt Institute and Parsons, alongside some of the proffesors who instructed him. In his spare time, he enjoys researching and exploring vintage recipes, retro tableware and historical dishes as the curator of the renowned blog, The Way We Ate.