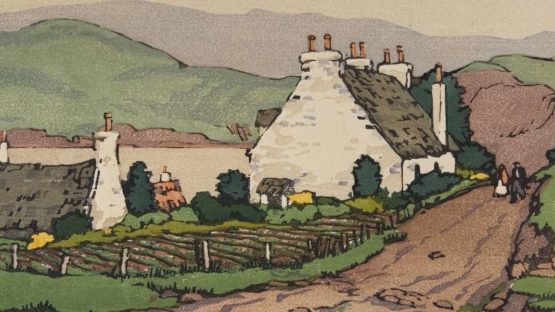 Norma Bassett Hall was an American printmaker, born in 1889 and died in 1957. She was a woodblock printmaker and often depicted landscapes of Kansas and New Mexico, where she lived.

She married Arthur William Hall, the artist known today as an etcher and watercolorist.