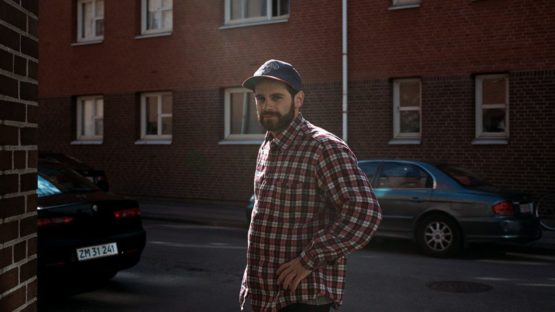 Norman Behrendt is a Berlin-based photographer and graphic designer born in 1981, best-known for his non-conventional portraits of the Berlin’s graffiti artists.

Pallasseum Portraits and Other Projects

Born in Berlin, Norman Behrendt got his education at the University of Applied Sciences in Potsdam, where he studied Communications Design and Photography at Prof. Wiebke Loeper and Jan Stradtmann. In 2011, Behrendt worked in a collaboration with several other artists, creating the project called Pallasseum Portraits. Pallasseum Portraits depicts the residents of the well-known housing project Pallasseum in Berlin. The project was awarded by the Quartiersmanagement Schöneberger Norden and Pallasseum Wohnbauten KG.

In 2012, Norman Behrendt finished his most significant long term project titled burning down the house. Created over a period of five years, this photo series was later presented in a form of a book. In 2013, the artist led several photography workshops at f/16 School for Photography in Berlin. As a workshop educator, Behrendt focused on young nonprofessionals and helped them to get in touch with photography and their personal environment and visual interests.

Burning Down the House: A Photographic Study of Berliner Graffiti Writers

Created from 2007 till 2012, the burning down the house project is Norman Behrendt’s most important work to this date. Presented in a form of a photobook, the project consists of more than 80 portraits of different anonymous graffiti writers, and additional 83 interviews with the individual artists. Without showing much of the graffiti itself, the burning down the house project provides an inside look into the secret society masked in mystery and anonymity, and gives a human face to the often-discussed theme of illegal wall writing.

“The lifestyle, the intensive attitude to life, the uninterrupted urge to realize one’s potential — these are the essential aspects of the phenomenon that is graffiti that, in their particular concentration and saturation in individual persons, interest me and appeal to me photographically in portraits” – Norman Behrendt

The book is divided into two chapters. For the first chapter, Behrendt, armed with an analog medium format camera, met the graffiti artists on locations that are very different from the usual, urban surroundings. Detached from stereotypical background in which the graffiti art is made, graffiti writers were portrayed in their chosen environments – forests, nature, and abandoned places.

For the second chapter in the series, Norman Behrendt photographed the graffiti artists with a Polaroid camera in a way that they were recognizable and identifiable. The images were then given back to the portrayed artists, who were asked to authorize the publication of their photo. As a result, the portraits – edited with add-ons, drawings, interventions, and cut-outs – illustrate the tense relationship between visibility and anonymity, and the artists’ awareness, and sometimes even fear of possible recognition.

Norman Behrendt’s images have been exhibited in several group and solo shows, and international photography festivals across Europe, in Germany, France, Italy, Greece, Lithuania and Ireland. Some of the most significant gallery exhibitions of his art were the duo show titled Underground, with Timo Stammberger in the Fotogalerie Friedrichshain and The Edges of the Documentary, group exhibition held at the project space HO-Berlin. His burning down the house project was recently exhibited at the solo show held at the Urban Spree, in Berlin.