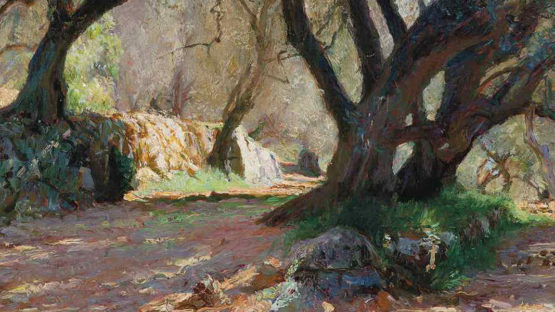 Octave Denis Victor Guillonnet was extraordinarily precocious as an artist, entering the studio of Lionel Royer at the age of thirteen and, incredibly, gaining his first medal at the Paris Salon two years later. His glittering youth was continued when he was classed Hors-Concours by the Salon at 21 years of age, and in 1901 he won the national travel scholarship, which was only awarded every two years and which allowed him to spend a year in Algeria. This proved to be a decisive turning point in his career, because he was greatly affected by the bright light and colors of Algeria, as have many artists before him, notably Delacroix.