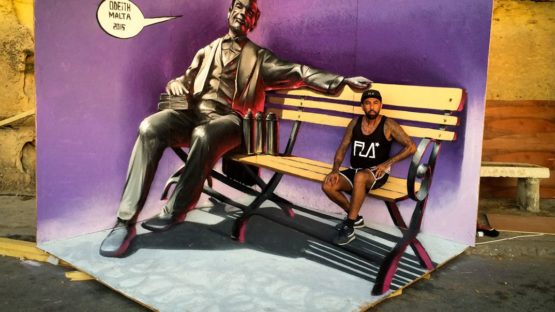 Odeith, a Portuguese street artist, is one of the most talented names that have emerged into the world of graffiti and murals. He is famous for creating anamorphic 3D graffiti, which look like they are floating in the air if observed from the right angle. He also creates more traditional graffiti and large-scale, site-specific murals. All of his artworks are extremely detailed and realistic, almost photographic in their unbelievable precision. His style is also considered obscure and it is called sombre 3D, meaning dark three-dimensional style.

Odeith was born in Damaia, Portugal in the mid-70s and he started experimenting with colorful air sprays in the mid-1980s. However, it wasn’t until the 90s that his graffiti began to spread throughout Portugal. Similarly to other young street artists, Odeith was practicing his early urban art on train tracks and in the suburban areas, and his passion for drawing started to grow together with his desire to spread his creativity and gain some feedback. At the same time, his talent went through a certain evolution and his murals and graffiti were becoming more complex, already heading towards the 3D feel. Odeith didn’t take too much time to develop his personal, recognizable style – soon after his art became a bit more prominent on the streets of Damaia, he got the opportunity to paint large scale murals not only in his home town but also in various housing neighborhoods. In 1999, because of his unstoppable talent, Odeith became a tattoo artist as well and he opened a tattoo shop which closed in 2008 when the artist moved to London. He is currently back in Lisbon and creates murals in collaboration with the major companies such as Coca-cola, Portugal Roads and Samsung .

Odeith didn’t take too much time to develop his personal, recognizable style – soon after his art became more prominent, he got the opportunity to paint large-scale murals

Odeith was one of the pioneers of 3D anamorphic art – he initiated this style in 2005. While painting on more than one surface (he often uses corner walls of various buildings), he creates a puzzling, illusionary feel of a floating object. Viewed from a specific angle, his art pops out of the wall, becoming dynamic and alive. Odeith’s optical illusions are so strong that they leave the impression of something solid and palpable and it is truly hard to believe that these are regular flat-surface paintings and not sculptures, when seen from a certain distance. Odeith is internationally recognized for his jaw-dropping anamorphic 3D pieces and he is often invited to showcase his work outside of his native Portugal. However, everything started from Odeith’s simple curiosity about perspective and shading – guided by his artistic instinct, he began creating carefully thought-out compositions with the amazing sense of spatial depth and his creative efforts stood out because of their peculiar technique.

Viewed from a specific angle, Odeith’s art pops out of the wall, becoming dynamic and alive

Because of his incredible talent which resulted in some of the most beautiful murals ever made, Odeith won the prestigious international award for urban art, called I Support Street Art. His graffiti are not only visually striking, but they also offer a commentary on various social issues, such as poverty or consumerism. Some of his artworks pay homage to the important names in the world of art and literature, such as Bob Marley, legendary Portuguese guitarist Carlos Paredes or photographer Américo Ribeiro. Odeith’s murals resemble fine art because of their elaborate nature and amazingly skillful usage of colors and shading. Even though Odeith quit school when he was only 15 and never had any formal education, his art has reached the amazing level of perfection. In addition to talent, it takes a lot of creativity and innovation to get recognized in the contemporary art scene. Odeith comments on that – I was kind of tired of the conventional regular 3D letters so I was always searching for something original.

Odeith is a true renaissance man and a dreamer, who managed to make the entire urban art kingdom, which is highly praised and sought for. Never quit your dreams if you’re a dreamer. And sometimes, it may take a few years to earn credibility, Odeith likes to encourage his young fellow street artists. Nowadays, he is as busy as ever with all the commissions and collaborations with the international enterprises as well as selling canvas paintings featuring his best works. He also participates in numerous exhibitions and art fairs, with his continuously impressive and refreshing pieces.

Another awesome anamorphic piece by Odeith in 2017, this mural is a fantastic example of this man's 3D works that simply take your breath away. 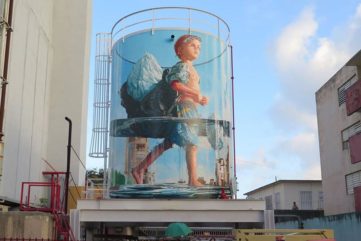 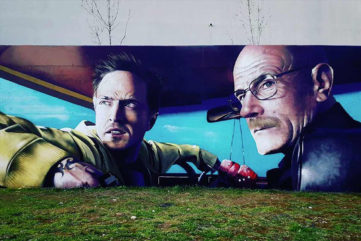 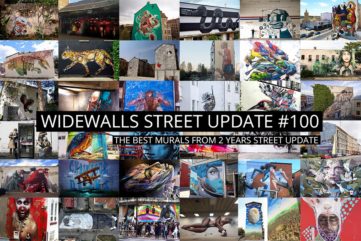 Widewalls Street Update section is celebrating its 100th anniversary with a monumental selection of 100 best murals of the past 3 years. Enjoy! 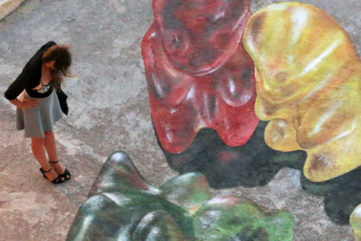 Malta had gummy bears, until the first rain came. Leon Keer from Netherlands had done a stunning job during Malta Street Art Festival in July 2015. 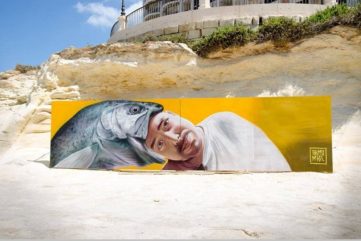 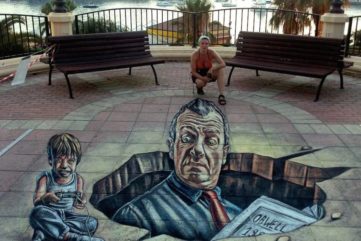 An amazing street art festival takes place in Valletta, on the beautiful island of Malta. Some great street artists are participating. 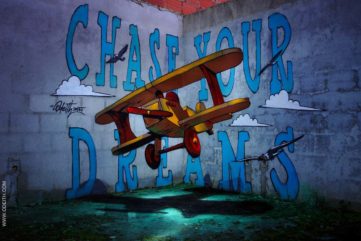 Another great week in the world of street art, with murals by Dzia, Pejac, Borondo and Edoardo Tresoldi, L7m and Odeith. Check out Widewalls Street Update 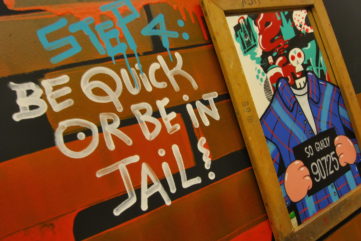 Portuguese urban artists create cutting-edge works of street art. We present you the list of ten names you should know about. 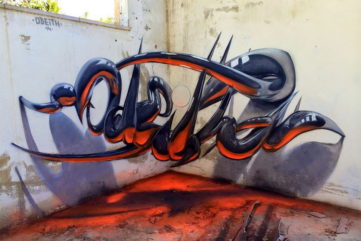 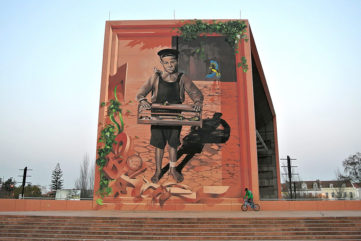