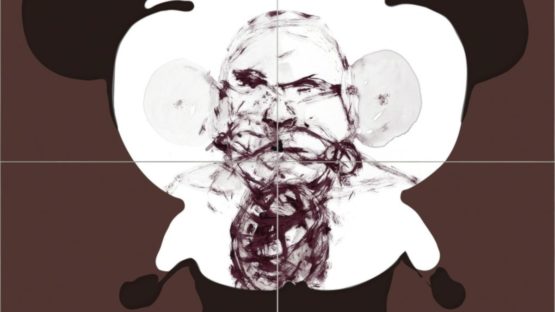 Oliver Dorfer is an Austrian artist known for a deeply mnemonic practice saturated with various associations and signs open for interpretation. His aesthetic is influenced by German Expressionism, graffiti art of the 1980s, as well as the Japanese anime. By combing figuration and abstraction, Dorfer constructs bewildering compositions saturated with dense and expressive strokes.

Together with Alexander Netusil, Anatole Ak, Reinhold Rebhandl, and Robert Mittringer, he founded the artist group K5 in 1989, while a year later he became a member of the artistic organization called MAERZ. Dorfer’s works were in various solo and group exhibitions, and are held mostly in Austrian public and private collections.