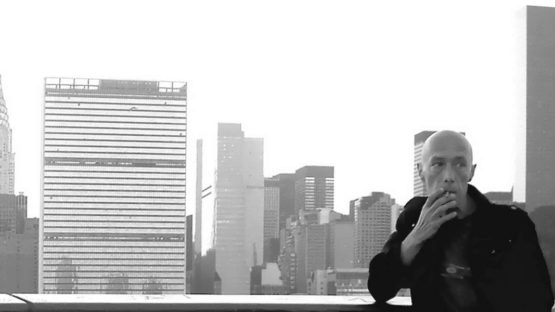 The occupation with one concrete motif is very often in contemporary art, but in the work of Olivier Catté it has gained completely different meaning. The artist’s decision to become dedicated to the urban experience which is embodied in the image of the city has largely marked his artistic style in recent years making it recognizable and authentic. Urban landscapes are often signifiers of social and even political changes and by appropriating them the artist suggests his own comment on the existing situation. So, by cutting out city silhouette, carving it or respectively building it from different kinds of paper and cardboard, Catte inscribes a sum of his observations in his quest for utopia.

Olivier Catte is born in 1957, in Normandy, France. From his childhood he was fascinated with painting, so already in his teen years he started attending École des Beaux-Arts in Pau and then, after his studies, obtained the Diplôme National Supérieur d’Expression Plastique in 1981. Four years later the artist traveled to New York for the first time and instantly became in love with the city. Since then he had several exhibitions, but it was in the end of 90’s that he decided to frame his work with New York as the central motif. Completely smitten by the idea, he decided to visit the city continually from 1999 to 2009 in order to impregnate himself and upgrade his work.

The inspiration for New York series comes from different sources

During his travels, Olivier Catté looks for the smallest details that make New York a unique place and the very use of natural materials came out those thoughts. The artist process involves making sketches, notes, choosing locations and taking many pictures. The series in before mentioned period are an effect of special painterly treatment of pigments, acrylic binder, glacis, cardboard, papir and opacities on canvas. By rigorously examining possibilities of the canvas, Catte came to produce distinct collages which posses certain comic book linearity and almost film noir atmosphere. Important segment due to which the works have been formatted is the light and the way it illuminates the city in different phases of the day.

The Spiritual Aspect of Catte’s Works

The iconic status of New York is what draws artists to dedicate large parts of their oeuvres to that particular city. According to Catte it has to do with a universe of odors, noises, sounds, so very experience is quite intense and possesses almost sacred quality. Therefore, it is more like to speak about Catte’s fascination with New York in the terms of spiritual perception. The very absorption of the contrasts, people and situations from Queens up to Manhattan is in a service of the contemplative act. The final product is an ambiguous work which reflects both the need to unveil the mystery of the city and to maintain it.

The recognizable silhouette of the city

The work of Olivier Catte does not just operate on purely artistic grounds, moreover, it undermines certain social layers. The use of cardboard soon after it was introduced has become the crucial aspect of consumer society production and at one point has become recyclable for new use. As a material, it represents both uselessness and modesty and some sort of communication and that is what attracted Catte to use it for the production of his works. Actually, the artist turns the material into the main character of his practice and smoothly articulates his vision of urban society, which then makes the performance even more evocative and poetic.

The artist is represented by Galarie Lazarew.