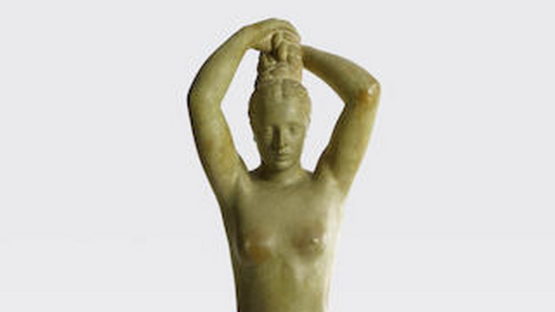 The son of a Jewish shopkeeper in Vitebsk, Oscar Miestchaninoff trained at the School of Fine Arts in Odessa. In 1906 he settled in Paris, joining a large community of Eastern European artists, many of them Jewish, in the artist colony in Montparnasse known as La Ruche. Immediately upon arrival in Paris, he enrolled at the Ecole des Arts Décoratifs and Ecole des Beaux-Arts, studying there briefly before embarking on a career as a sculptor. He exhibited regularly from 1912 at the public art salons and at international group exhibitions.