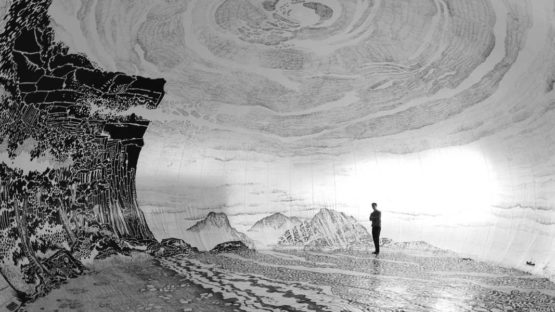 Oscar Oiwa is a painter who was born in Brazil, a son of Japanese immigrants. He received his B.F.A. (1989) from the School of Architecture and Urbanism, São Paulo University. Oiwa was influenced by comic books, art, and magazines throughout his youth, as well as the urban environment of his birthplace. He experienced contemporary art during this time in nearby galleries and became an assistant at the São Paulo Art Biennial. Oiwa held his first solo exhibition while he was still in college and thereafter participated in the 21st São Paulo Art Biennial (1991). He currently lives and works in New York City, though his artwork has been exhibited worldwide.