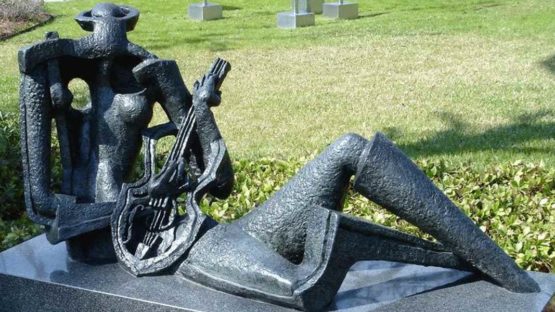 Ossip Zadkine was a Russian-born sculptor, painter, and lithographer who spent most of his career in France. He was best known for his Cubist-inspired pieces of the human figure.