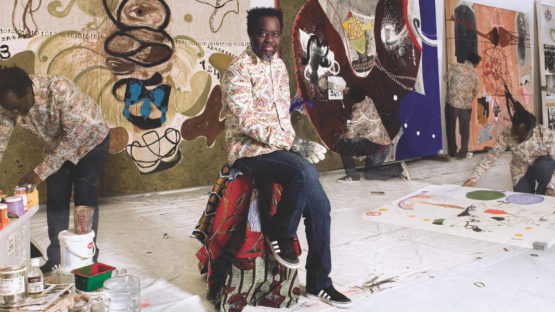 In Paris, Ouattara Watts met Jean-Michel Basquiat at an exhibition opening in January 1988. Basquiat was impressed by Watts’s paintings and convinced Watts to move to New York City. They had a very short but important collaboration. In the documentary called “Basquiat, Une Vie”, we see Watts in his studio, working and talking about Basquiat. Watts is an internationally recognized for Painting and Drawing. Watts is a jazz enthusiast, who merged music and art in paintings and collages by using recycled everyday materials.