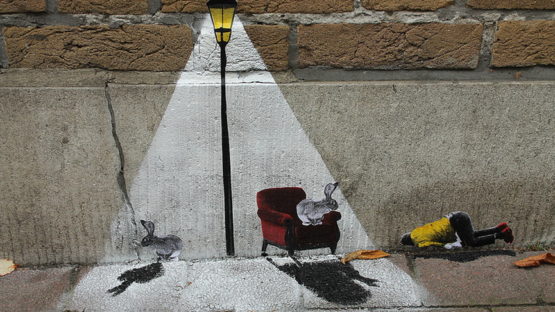 Pablo Delgado is a visual artist originally from Mexico known for abstracting existing images rearranging them into new compositions in a surreal and humorous way.

Born in Mexico City in 1978, Pablo then moved to Cuernavaca, a town south from of the Capital, where he spent most of his youth. Pablo drew as a child, but would only return to drawing later on, first completing a degree in Communications and producing audiovisual works instead. In 2008 he worked in production and direction but in 2008 decided to go back to what felt more immediate, and starting to paint once more.

His early work consisted of tiny doorways pasted up around the walls of East London. Soon, Pablo began expanding into detailed narrative scenes, meticulously depicting hosts of people, animals and objects in minutia around London. His style is also peculiarly known for the distinctive black shadows that he casts on the pavement in black paint. These shadows give his pieces a lifelike quality and make them pop off the wall. The scenes themselves appear fantastical, chaotic and seemingly unrelated at first. However, upon closer inspection and examination each contain their own narratives and stories.

Delgado’s style involves taking imagery from mass media or popular culture and stripping it of its color before rearranging the tiny figures and objects into surreal scenes and compositions. Bright color is then put back into his works to draw attention to individual elements. Delgado is interested in story telling through his art and the scenes that he creates are always beguiling and humorous with different layers of meaning.

When talking about meaning of his work and what it represents to him, in one of his interviews Delgado states: “It pretends to be abstract. They are symbols in a conversation or in contradiction followed by their shadows, and those symbols can become a bit surreal. Shadows are our only belonging, the rest are just props in the picture.”

Artist is represented by Nelly Duff gallery and is currently based in London. 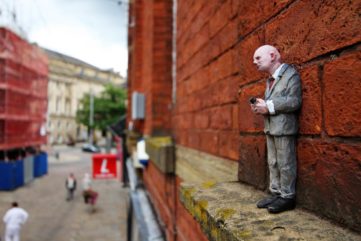 At Well Hung Gallery, Artists Play with The Little Things

At Well Hung Gallery in London, an exhibition is featuring miniature site-specific works by established graffiti and street art artists. 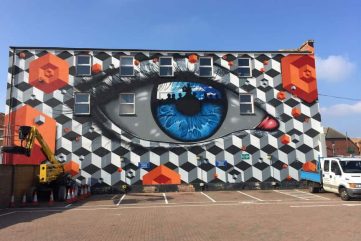 Stick 'em up! An Exhibition of Paste-ups at London's Well Hung Gallery

Celebrating the art of the paste-up as a popular street art medium, Well Hung Gallery is gathering artists known for their provocative imagery. 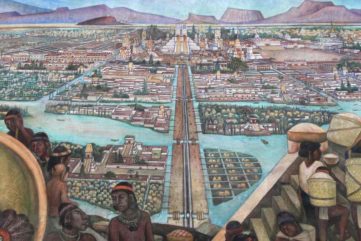 Mexican Art - Moving Away from Colonial Past

Mexican art is probably best known for its famous muralist and Rupture movements. Find out more about its history in this article