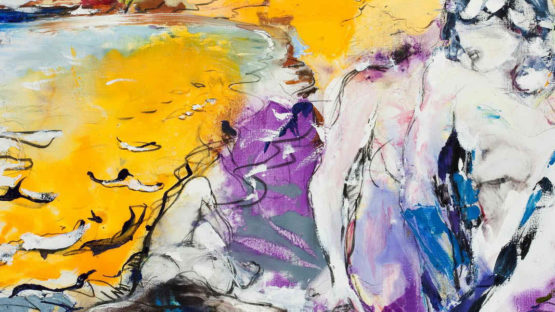 Paul de Lussanet was born in 1940. He grew up with his grandparents in Laren who both practiced painting. He studied economics at the University of Amsterdam In 1960, so he could attend an etcursus from his parents on Lesvos Island in the hope that he would pursue his studies that did not take place because the painting attracted him more.