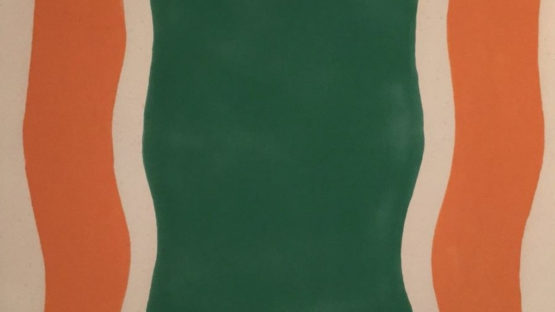 In 1931, Paul Feeley moved to New York to pursue his studies. He studied portrait painting with Cecilia Beaux, figure painting with George Bridgeman and Thomas Hart Benton, and mural painting from 1931-1934. In fact, in 1934, Feeley joined the Mural Painters Society of New York and became increasingly engaged with mural projects. From 1934-1939, he would teach at the Cooper Union, where he’d later become the head of industrial design. In 1940, he would join the staff at Bennington College, where he was fundamental in establishing its art department.