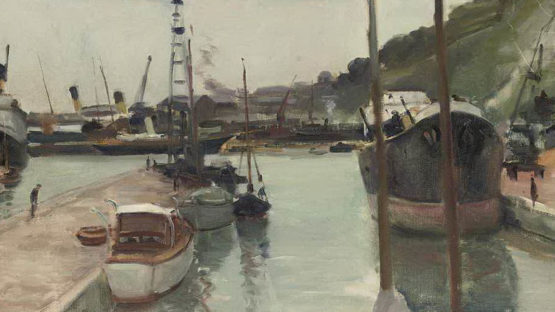 Paul Maze was born into a French family at Le Havre, Normandy in 1887. His father was a thriving tea merchant and art collector and his circle of artistic friends included Claude Monet, Raoul Dufy, Camille Pissarro and Pierre-Auguste Renoir. Maze learnt the fundamentals of painting from Pissarro and as a young boy he sketched on the beach with Dufy. His mediums included oils, watercolors and pastels and his paintings include French maritime scenes, busy New York City scenes and the English countryside.