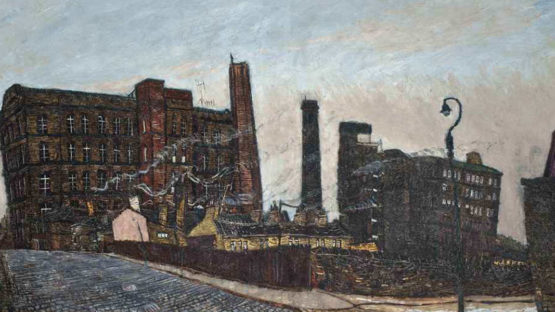 Peter Brook was born in the winter of 1927 in the Pennine village of Scholes near the ‘summer wine’ county of Holmfirth. His parents were farmers initially and Peter grew up among milk carts, helping with the haymaking and drinking ginger beer made by his grandmother. Peter was educated at Barnsley Grammar School before moving on to teacher training at Goldsmiths College, part of London University, where he visited exhibitions and galleries whilst also attending evening classes in life drawing.